Always loved electronic synth music as a child and decided to have a go at making my own a few years back! Worked hard doing various jobs until i had the necessary funds needed to buy my own studio equipment. Created the label "Riguez-Records" to support any future releases by "PhaseShift180." I am the founding member and most of the time i prefer to work alone although i do plan to work with other artists on some future projects. Electronic dance music is my favourite genre, however i also have a fascination with soundscapes and strange atmospherical effects. In time, amongst other things, i want to work on projects involving soundtrack creation for film and television.

Everyone is welcome here! Spread the PhaseShift180 seed!!!
(Lee Rodriguez). 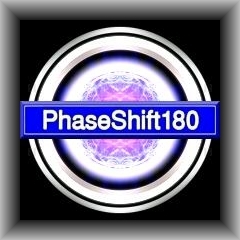